The people of Birmingham are generous, the youngsters wonderful say Ted and Beryl. After 20 years of collecting, the Swanns are retiring from their Poppy Appeal stall at New Street station. They want to say thank you. 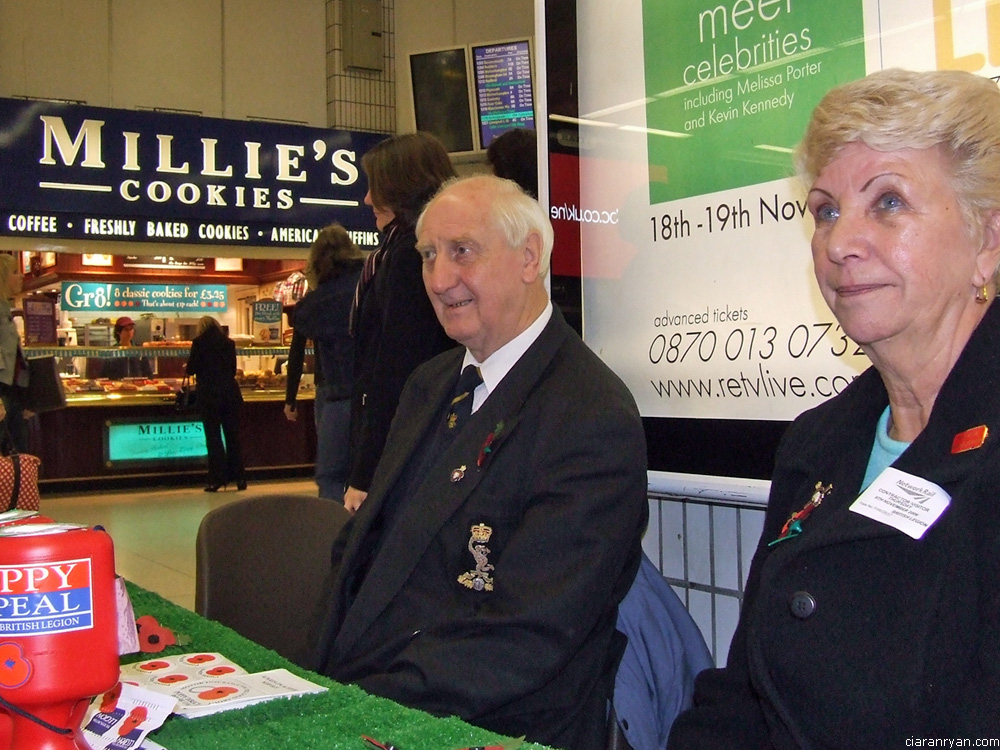 Ted and Beryl Swann are about to retire from their railway station pitch. Their last day of collecting at New Street is on Saturday 11 November 2006.

Since the mid-1980’s many thousands of people have paused at Ted and Beryl’s Poppy Appeal stall to drop their coins into the collection tins, pick up their poppy and find out more about the work of the Royal British Legion.

After his National Service in the Royal Signals, Ted Swann, now Chairman of the Yardley Wood branch of the Royal British Legion, worked for British Telecom for 38 years. Each year he would take a week off work to collect for the Poppy Appeal.

For a better quality of life

The Yardley Wood branch have collected on the concourse of New Street railway station for 30 years. For the last 20 years, during the week before Remembrance Sunday, Ted has manned the stall, from 8am to 5pm and sometimes later. Ted, 72, said:

“I feel, myself as an ex-serviceman, that I owe it to my fellow ex-servicemen and those who will become ex-servicemen to be able to provide any help that they may require. The need is still as great as it was then.

“I’m a case worker for the Royal British Legion – we visit the ex-service people and their widows – there are some very poor cases that we have to go and see.

“Your heart goes out to them – and we’re only too pleased that we’re able to provide for them. The government, unfortunately, do not have the resources but by us raising this money through this Poppy Appeal we are able to give them a better quality of life.”

Their best year ever 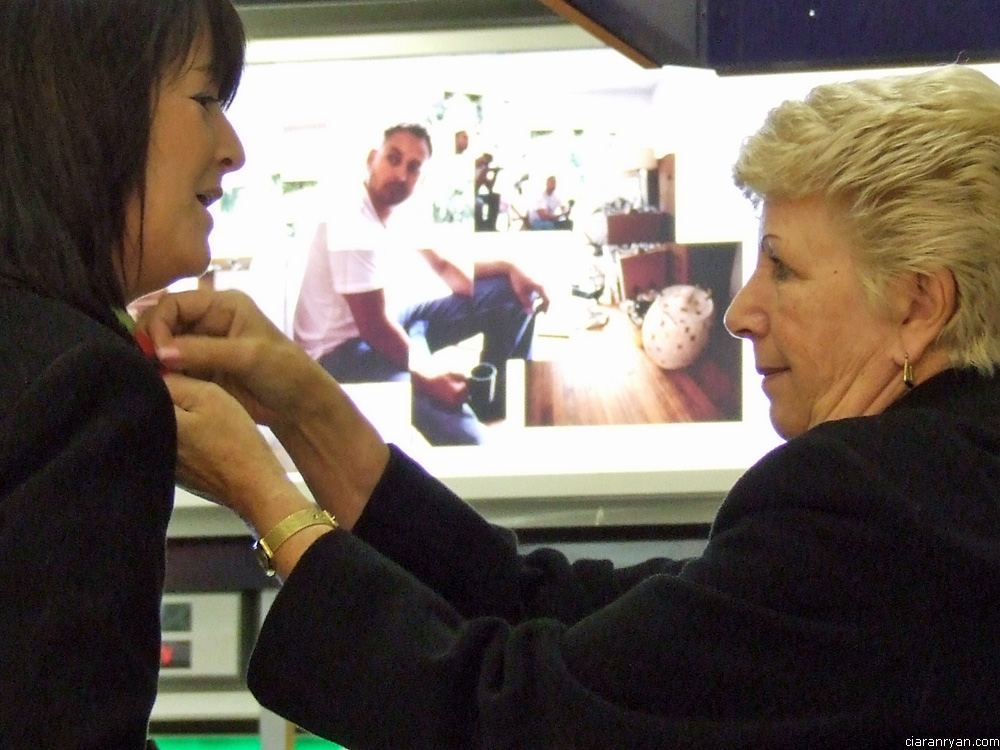 In 2005 the New Street Poppy Appeal stall raised £6000, the Yardley Wood branch raised over £18,00 in total for the Royal British Legion.

“A lot is said about young people – but they’re very generous to us.” said Ted

“Years ago people used to put in a penny, tuppence. If we had a shilling we thought it was absolutely wonderful.

“Slowly it has picked up. Last year was our best year ever down here.

“We are thankful for the generosity of the people who donate to the Poppy Appeal.”

“Before I packed up work I thought ‘right – I’ll do my little bit’. I used to help him, naturally, in the branch, raising money all the year round.” said Beryl.

“Now I’m Poppy Organiser for Yardley Wood branch and I do collect money all the year round for our Poppy Appeal. Actually now – I’m in charge of this counter really, not Mr Swann!”

After so many years, the Swanns are familiar faces to the railway station staff and users.

“I have one gentleman he comes on the first Saturday,” said Beryl, “he’s one of the first to the table – during the twelve months, whatever money he finds he puts in a jar. Last year he collected over £34 – I’d love to say thank you to him – but he won’t give us his name.”

Beryl, like Ted, wants to thank the people of Birmingham for their generosity over the years:

“We’ve seen the changes naturally – it’s fantastic when you get all the nationalities of youngsters supporting. They ask what it’s about, we explain, and they’re quite happy to support our Poppy Appeal.

“There’s good and bad in all sorts, all ages, but the youngsters in Birmingham, when we’re down here, are brilliant.

“I want to thank the staff of New Street – they are brilliant with us – they’ve allowed us into their canteen (they have a Poppy Box in there for me), they make us welcome.

“I will be sad to leave. But unfortunately this year, my health has cracked up a little bit, so we’ve had to say ‘enough’s enough’. But we will still be collecting with our own branch.”

“We don’t know for definite who will take over this stall, but I am 100% sure it will continue. I’m proud to be selling the poppies and supporting the British Legion.”